Chapter Seven has been officially finished as far as this draft goes, titled ‘The Astral Empire.’

So, let’s see what came out of this chapter (I’m going to steal an update summary technique from Court Ellyn!):

Yes, this is the first chapter so far that has been entirely new material, and I am quite glad at how it has turned out as it adds a lot to the early parts of the story, and provides some much needed narrative relief. In the original draft, Prince Sephiran sets out to rally allies to join him in his war against Silvara – and the first 25,000 words or so concern him getting to one such ally, to seek their help. There is a lot of build up surrounding this – Sephiran says they will help him; they must help him, for it is his only hope.  Zyrina argues they won’t; she warns that they are too selfish and apathetic, and he would do better elsewhere. There is a lot of tension built around this, and one question glows in the reader’s mind; ‘Will they help?’

And then, suddenly – everything changes. The goal shifts, and getting them as allies no longer seems so important. However, with all this tension and discussion focusing the reader into that one question, the lack of any closure weakens the novel overall – even if the question is proved irrelevant later on. Sure – by the end it didn’t matter, but at the time it did; and the reader needed an answer.

In this new chapter, I sought to remedy this by giving an answer, and the novel is better for it.  We follow Prince Sephiran desperately trying to gather allies, all to turn their back on him – there is a low in the story as our unshakable main character begins to lose hope, and some characterizing moments as he tries to find the strength to continue ‘alone.’ And then – after we have seen Sephiran try and fail, and seen some of the consequences of failure, the ‘plot-twist’ kicks him back into action with new priorities.

So now we are back on track, and by taking a slight detour to give closure to all that tension, we improve the narrative flow of the whole plot and provide some good moments of characterization. Overall, the book is better off in almost every way.

So, what can you take out of all this?

It is alright to have characters change goals and motivations throughout the story. That is actually, in my opinion, an integral part of a good and dynamic plot; but don’t forget about the building tension you have developed towards the original goal, and the questions the reader has been begging to be answered. Even if the goal changes before the characters get to it – those questions need to be answered somehow, and that tension needs to go somewhere, else the story will feel weak and unfinished.

Here, have a crazy Metaphor!

It’s like blowing up a balloon; everyone wants to see it pop.  You can’t just let is dissipate away into nothing, even if you introduce a bigger, brighter, candy-filled balloon in the other corner. People have invested time and, hopefully, emotion into that first balloon, so unless they can see something come of it they will feel cheated.

And feeling cheated allways makes the candy in the next balloon sour.

Alright so that metaphor was horrible, and more than a little extended. But you get the idea. 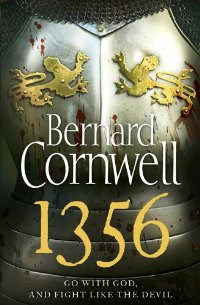